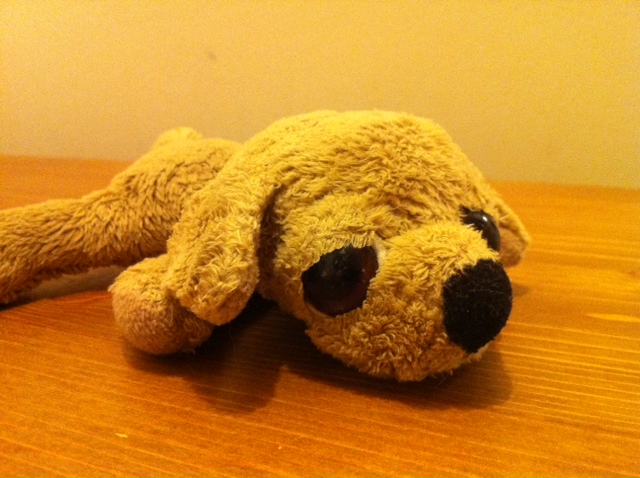 This is why wine people are awesome.

My family went on a weekend vacation to Wenatchee, WA where we were planning on doing a little wine tasting while spending a little time away from home together as a family. We tried to mix up what we did so that the kids would not get bored with the wine touring part of the trip. On Saturday afternoon, I found a little wine store called The Wine Thief where I figured there might be a good collection of quality wines from around the state. That turned to be true about the wine as well as the people who work there.

The store had a tasting bar, sofas around a fireplace, and two main sections of wine display shelves. I zeroed in on the wines from Washington State and started to browse. There was one particular wine I was interested in, but I didn’t find it on my own. I was also open to any suggestions from the staff since they are usually aware of all the best wines and deals in the store. My family had joined me at this point and my four year old daughter had brought in her little stuffed dog, Emma. They played on the sofas while my wife and I continued to browse the wines.

We found one we liked and added some cheese and crackers to the bill and off we went to dinner before heading back to the hotel. There was only one problem.

Emma, the adventurous little stuffed doggie, got left behind at The Wine Thief. We were all unaware of this fact until later that evening when my daughter wanted Emma at bedtime.

Let me tell you a little bit about Emma. Emma was purchased by my son at Montreal’s Trudeau airport as a gift for his sister when he and I were visiting my parents. He brought her on the plane all the way back to the Okanagan himself and gave it to her when we got back. That was almost a year ago and in that short time, Emma has been lost and left behind in the most amazing places that I sometimes think this little stuffed doggie loves adventures more than the little girl that carries her around.

She first went missing in the spring. My daughter couldn’t find her anywhere. We looked all over the house for a good couple of weeks, but no Emma. Turned out she had fallen down behind her bed and was out of sight. Not the first time things had fallen down there.

The next time Emma went missing was a little more dangerous. I was walking home after dropping my car off for servicing and walked through a pathway that connected with a little cul-de-sac. I walked through the middle of the large turnaround area for cars and looked down. There was a little stuffed dog that I thought looked kind of familiar. I picked it up, dusted it off and put it in my pocket. I found out later that my daughter had put Emma in the little side pocket of her back pack before walking to day care with my wife. It must have fallen out right without their noticing and left in the middle of the road for a good 3 hours before I found it. If I hadn’t had to walk home from dropping off my car…

Back in Wenatchee, we were pretty sure that Emma was at The Wine Thief but they weren’t going to be open until after we were due to leave town. I phoned and left a message that morning and then phoned again that evening once we were back home. That’s when Tracy, who happened to be working that day, answered the phone. She’d found Emma right on the sofa where my daughter was playing and put it in a little bag for safe keeping. I gave her my address so that Emma could be put in the mail.

“Oliver? Is that near Osoyoos?” asked Tracy.

“My son is playing in a hockey tournament there this weekend,” said Tracy. “Maybe I could just bring it up for you.”

What were the odds of that happening? After exchanging cell phone numbers, we connected again that day and I picked up Emma from the front desk at their hotel. Emma was packed inside a suspiciously large pink gift bag. 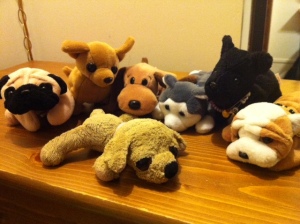 When we got home, my daughter was thrilled to see Emma again. Happy kids are the best. That’s when she looked into the pink gift bag where she found a card and 6 other little stuff puppies that Tracy had included as a little gift. Her face lit up like a 1000 watt bulb and she jumped up and down with excitement. It was amazing.

Just getting Emma back was exciting enough but this really put it over the top. It was a truly amazing afternoon. Since then, she has carried her puppies around in a little basket and they don’t leave the house anymore. It’s nice to know that when they do somehow get left outside, there are great people out there that can help them find their way home. When I first got into the wine industry, I noticed that the people that love wine also love to share it. That attitude carries through in other aspects of our lives as well.

Thank you, Tracy and all the good folks at The Wine Thief. Cheers from wine country in BC.