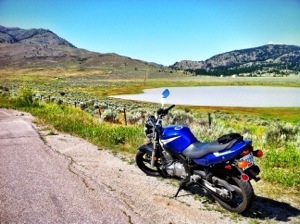 Howdy folks! It’s sure been a while. Not sure I’ve ever gone this long without at least posting something. The podcasts are on a bit of a break at the moment and summer seems to have been crazy enough to have limited time writing as well. I think that I needed a little social media slow-down after the Wine Blogger’s Conference in June. New projects are creeping forward and stuff is happening. Slower than I would like. But just as a wine changes and evolves over time, so do podcasts and blogs.

That said, stay tuned for an earth-shattering announcement about the podcasts as the summer winds down.

The vintage is progressing quickly at the moment. Many wineries I’ve spoken with have said that the crop will likely be earlier than normal. Last year was later than the year before, which was also later than normal as well. It could be that we’ve all just forgotten what normal was originally. Either way, the grapes will be coming in at some point and made into wine. August has been a little stormy and some wineries (like The View Winery in Kelowna) recently had a bashing of hail which can be tragic when there is fruit out hanging on the vine. I can only hope that their grapes and apples weren’t too heavily damaged. Unfortunately a video of the hailstorm posted on Facebook makes it look like it could be a bad one.

There are a bunch of new wineries that have opened up this year. As a savvy BC wine blog reader, I trust that you are already familiar with John Schreiner’s blog which details many of them as they open their doors. I’m hoping to get a few new ones soon but it will likely be a little later in the season when things calm down a little (read: when the kids are back in school). The only real time I’ve had to tour wineries was in a courtesy car when my car was sitting in pieces in the dealer’s garage. I managed a quick visit with Calli and Nick at Therapy and had a great chat with Bob and Senka Tenant at Terravista Vineyards in Naramata. (If you are ever offered either of Terravista’s 2 whites at a party, just say, “Yes, thank you!”) The Fandango is truly my absolute favourite white wine this summer.

I hope that your summer is going well and that you’ve enjoyed it with some great BC wine at some point. Have you visited a winery this summer? Where did you go? Any exciting finds? Share the BC wine love if you have a second and leave a comment.