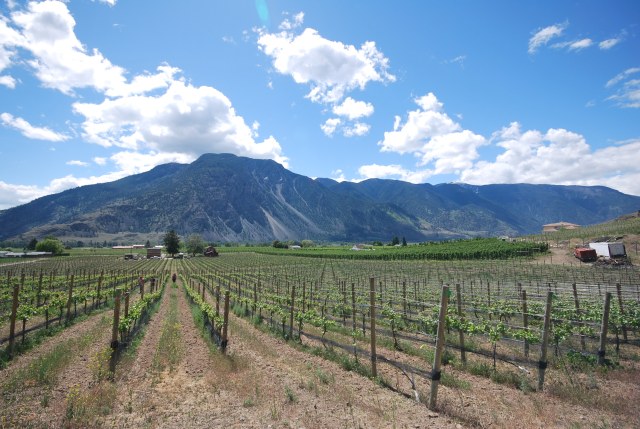 Rather than spend time looking back at all the things that happened in 2014 with another “Year in Review”-thing, why don’t we spend a little time looking forward? I like to head towards goal rather than dwell on the past. We can’t predict what the weather or the actual vintage will be like in 2015 but we can look at some of the human-related issues in our industry. In the world of BC wine, this could be a good news year.

Some things to look out for:

When I first moved to BC, I remember hearing ads for hydroponic nutrients on the radio. Yet with our liberal attitudes towards “recreational herbs”, BC will introduce wine sales in supermarkets beginning in April. Of course, in keeping with our history of maintaining tight controls over everything (or at least, appearing to be in control), it can’t just be any wine at all – it will be BC wine only! Hurray! Not just cheap European plonk for $4 /bottles like I remember from Quebec.

There is a lot of speculation about this topic but most of it is really not that easy to predict. How will VQA stores be affected? Will it be profitable for store to sell only BC wine? What will customers ultimately think of it? Is it good for BC wine? Does it comply with our international trade agreements? Wine industry lawyer Mark Hicken doesn’t think so. It could very well all come crashing down as a big failure if it is not profitable.

Throughout 2014 we’ve been enjoying some of the new “benefits” of that the government has bestowed upon us, such as selling wine at farmer’s markets – something attendees of the Penticton Farmer’s Market has been dreaming about for years. We’ll have to simply wait and see how it pans out.

A new organization was created late last summer that will certainly be making themselves more known in 2015. Terroir BC is an association of wineries that craft wines entirely from grapes grown in BC. The name was coined by Michelle Rempel (MP for Calgary Centre-North – see below) along with John Skinner of Painted Rock and a group of other winery owners. Mrs. Rempel announced the group and outlined some of their philosophy in a facebook message in early September. It is less a statement than a manifesto from an MP with a solid understanding of wine and the wine industry.

Will this be a rival for VQA? Will it create customer confusion or will it settle BC’s QWPSR matter of once and for all? The disparity between corporations that produce “Cellared in Canada” and, well, everyone else is growing and the needs are different. Commercial wineries used to be the driving force in the industry here and still represent the vast majority of total production but are now the minority (there are 5) compared to the much larger number of independent estate wineries that only use BC-grown grapes from a designated viticultural area. When one group dominates an organization (VQA, BC Wine Authority, Wine Festival Society, etc.) they tailor it to suite their own agenda, causing rifts between members in the process. This is not something that most BC wine consumers are generally aware of unless it has come up in conversation while trying to find a bottle of La Frenz in a VQA store.

The Free My Grapes movement started quietly but built steadily until bill C-311 was passed in Parliament. As it appears that provincial liquor monopolies are not about to let go of any of the revenue-grabbing powers, this law is being applied sporadically at best and completely ignorantly at worst. When Newfoundland charged FedEx over wine shipments earlier in the year, it became clear that the provinces weren’t going to let this stuff go. Eve Adams (MP for Mississauga-Brampton South) added fuel to the fire with her bizarre letter to wineries inviting them to submit their wines in something called the “Great Canadian Parliamentary Wine Competition” to be held in Ontario. Only a few BC wineries were contacted. Some wine makers tweeted copies of the letter in question, rightfully using the occasion to illustrate that because of the LCBO’s garrison-like measures of blocking all wine imports into Ontario, they could not even legally enter into such a competition.

The Free My Grapes campaign won’t end any time soon and nor should it. The more wine consumers across the country voice their concerns, the more that some kind of change will happen. The problem is that the most vocal provinces are the producing provinces like BC and the ones that need to raise their voices don’t seem to care. Somehow Ontarians still accept buying beer in cold, freaky warehouse-outlets called, imaginatively, “The Beer Store”, while the LCBO cash-cow keeps milking them for all they’re worth. How has this system even survived into the 21st century? I though BC was slow to change, but Ontario, really now…

Until we, as Canadian citizens, can purchase wines from wineries located within our own country, this is will always be an issue. Anything involving legislation change is a slow process for sure so look for this to continue well past 2015.

What happens in Alberta, doesn’t stay in Alberta. When the Canadian dollar started heading north of the American dollar a few years ago, wine shops saw less Americans than ever. It’s easy to think that we in the Okanagan are immune to these kinds of economic variances and most of the time, we are. I vividly remember a wine shop manager say, “Downturn? What downturn?” in 2009.

If eventually this leads to cheaper gas prices (assuming all of the oil companies can work together and carefully lower it slowly at the same rate – come on, we all know they do it), then we may see an increase in the car traffic on the 97. It’s not that helpful though if everyone in Calgary is trying to save money for the first time in a while. While the economy in Alberta might be taking a hit, the Canadian dollar is making the Okanagan a more appealing place for Americans to go. Some in the industry (like the BCWI) have been looking ahead to that for a while now with initiatives to get BC wine sold in Washington State.

Politics and wine don’t go well together. I have at least one uncle and a couple cousins with whom discussion of any political conversation must be completely off the table at any family gathering. However, a federal election is looming for Canada in 2015 and many are clearly looking for a change because they aren’t diggin’ the current administration and the dude at the top.

What does this have to do with BC wine? Well, there is a power-trio of Tories who are, shall we say, from a ‘younger’ demographic (compared to the typical image of politicians) and who have been instrumental in backing the local wine industry here. Ron Cannan (MP for Kelowna-Lake Country) got the ball rolling with his early stance on the Free My Grapes movement. Dan Albas (MP for Okanagan Coquihalla) created Bill C-311 which changed the laws around importing wine between provinces in 2013. Michelle Rempel (MP for Calgary Centre-North and Minister of State for Western Economic Diversification) is behind the recent Terroir BC initiative (see above), is a WSET Diploma candidate (like myself), and is quickly becoming my new Canadian political hero. Can this trio, and the progressive nature of amending the wine laws, potentially continue with a new government? <<Cue the mystery music here.>>

Whatever happens this year, I hope that it will be full of great memories for you in BC’s wine country. I plan to write about it even more so please check in here or follow me on Twitter and Facebook. 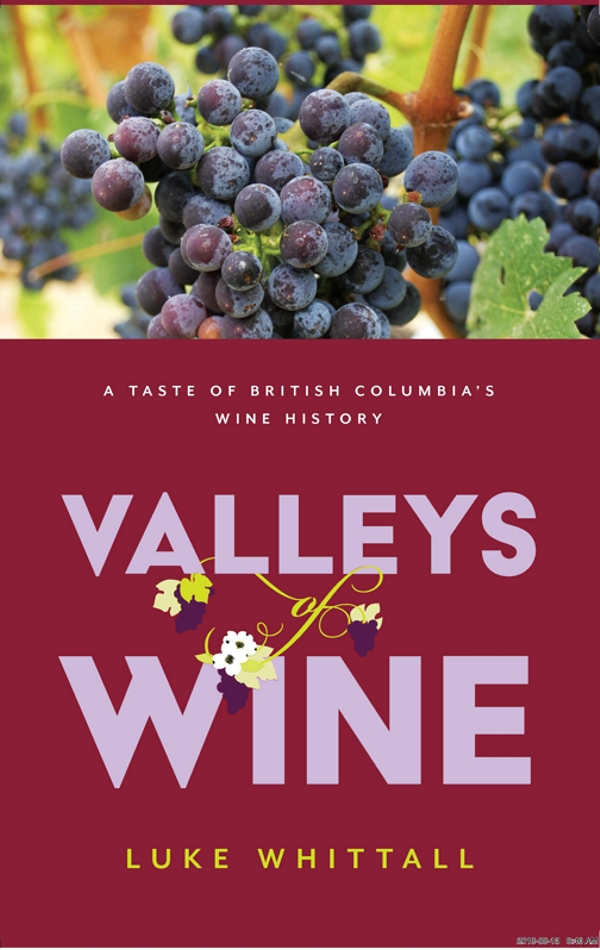